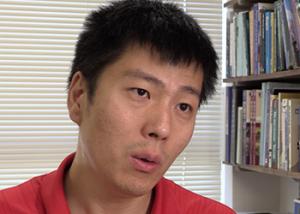 Wendong Zhang, assistant professor, was interviewed by the Xinhua News Agency for a story about the impacts of trade war with China on U.S. agriculture.

Zhang Wendong, an assistant professor in the Iowa State Department of Economics, said U.S. farmers's potential of tapping into China's pork market is also unpromising in the long run, as China is expected to consolidate its hog industry and boost its overall competitiveness.

Last year's farm aid was given out depending on the acreage of soybeans on a farm, which disproportionately benefit larger farms, while smaller farms, often owned by younger farmers that are deeper indebted, was not sufficiently funded, according to Zhang.

Zhang was also quoted  in a September 10th story in the Wall Street Journal, "China’s Leaders Are Penned In as Citizens Stomach High Pork Prices."

“There’s a significant reversal in the direction of policy,” said Zhang Wendong, an assistant economics professor at Iowa State University and co-founder of the school’s China Ag Center. “I think the Chinese government originally underestimated the potential magnitude of this outbreak.”