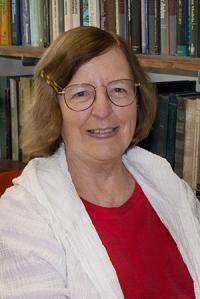 Electric power markets have changed in the last 20 to 30 years. With the dramatic increase in renewable energy resources, such as wind and solar power, new kinds of market and contract designs are needed to handle supply and demand transactions among increasingly heterogeneous and distributed participants.

Professor of Economics Leigh Tesfatsion has spent much of her time during the last several years investigating the connections between the electric power transmission system supporting U.S. wholesale power transactions, which (apart from Texas) is regulated by the Federal Energy Regulatory Commission, and the electric power distribution system for households and businesses, which is overseen by local agencies such as the Iowa Utility Board. Because no one agency has regulatory oversight over both systems, problems can arise between the two systems.

“At the same time, renewable energy is coming in at the distribution side with smaller wind farms and roof-top solar panels, and the owners of these resources want to be able to sell their excess electric power back up to the wholesale power market. This two-way flow of power is changing the nature of electric power systems, which were originally designed for a one-way flow of power from wholesale to retail. In particular, traditional forms of contracts are too rigid. You’ve got to have contracts that allow a two-way flexible movement of power. They have to encourage and incentivize appropriate sales and purchases across the boundary.”

Tesfatsion, who holds courtesy appointments in the Electrical and Computer Engineering (ECpE) and Mathematics Departments, has recently received new grants from the Department of Energy (DOE) and the Iowa Energy Center (IEC) totaling $557,633.

The DOE grant, awarded under a program to address security and risk management for the U.S, electric power system, is for a project titled “Flexible Service Contracting for Risk Management within Integrated Transmission and Distribution Systems.”

“What we are proposing in our DOE grant is to undertake a careful study of a new “swing” contract design for the flexible market-based provision of electric power and supporting services that could provide improved linkages between transmission and distribution systems. This DOE research will build on earlier research that I have undertaken with ISU PhD students from economics (Dr. Deung Yong Heo) and ECpE (Wanning Li, Auswin Thomas). As an economist, I’m looking at the design and use of swing contracts in electric power markets from an efficiency and a risk management point of view.”

The DOE grant is a three-year award, with much oversight and involvement from the DOE. Every three months a DOE delegation will come to Iowa State to hear the project team present a quarterly report detailing progress to date on a set of quarterly tasks and performance milestones that have been negotiated with the agency in advance. Then, once a year, there’s a go/no-go point where, if the DOE doesn’t agree the team has hit their milestones, they can stop the project’s funding.

“Luckily, our industry partners include system managers from four of the seven U.S. centrally managed wholesale power markets as well as companies such as Alstom, based in Seattle, and six other Iowa companies. These industry partners will provide advice, non-proprietary data, and technical assistance as our project proceeds. In addition, Iowa Energy Center is providing cost-sharing support for our project.”

Tesfatsion describes the DOE grant as a research-oriented grant. In a previous DOE/ARPA-E grant she had to design an optimization algorithm, test it, validate it, and show commercial applicability, all in three years.

Tesfatsion’s other new research grant is a one-year seed-funding award from the Iowa Energy Center titled “Resilience Enhancement of Electric Power Systems and Associated Infrastructures.” In this second grant she will be working with PI Alice Alipour (Civil, Construction, and Environmental Engineering, ISU) and Co-PI Zhaoyu Wang (ECpE, ISU) to develop a full proposal outlining a multi-faceted approach to the management of weather-related risks in electric power distribution systems. Her part of the grant work will primarily focus on the design of new forms of contracts for financial risk management.

Although contract design issues will be Tesfatsion’s primary focus in both projects, she intends to work closely with her team members from other disciplines on all aspects of these projects.

“It’s really fun to work with people from other disciplines, although it takes a while to learn each other’s jargon,” she said, “but we’ve done some preliminary work together so we already have good communication. It seems to me that critical systems such as electric power systems are pretty complicated and multi-disciplinary in their essential nature. Funding agencies are encouraging multi-disciplinary research on such systems, and for good reason. So I’m glad that ISU permits me to do this kind of work.”

1) A three-year grant proposal submitted to the Department of Energy (DOE) in April 2016 by Zhaoyu Wang (PI, ECpE, ISU), Leigh Tesfatsion (Co-PI, Econ/Math/ECpE, ISU), and Jianhui Wang (Co-PI, EE, U Chicago) has been selected for funding; the total project value is $433,054. Under this project, titled “Flexible Service Contracting for Risk Management within Integrated Transmission and Distribution Systems,” the research team will develop and test a new robust-control approach to the management of risk in electric power systems through the introduction of appropriately designed swing contracts for flexible service provision.

2) A one-year opportunity grant proposal submitted to the Iowa Energy Center in May 2016 by research team Alice Alipour (PI, CCEE, ISU), Leigh Tesfatsion (Co-PI, Econ/Math/ECpE, ISU), and Zhaoyu Wang (Co-PI, ECpE, ISU) has been selected for funding; the total project value is $124,579. Under this seed-funding award, titled “Resilience Enhancement of Electric Power Systems and Associated Infrastructures,” the research team will prepare a full proposal for a novel multi-faceted approach to the management of weather-related risks for power distribution system operations, with a particular focus on Iowa and the Midwest. Exploiting the multidisciplinary expertise of the team, this approach will permit improved assessment of potential and actual damage, improved risk-informed configuration of physical resources and communication networks, and improved financial contract designs to facilitate risk management.