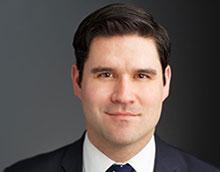 Schenk previously served as the city’s director of analytics and oversaw its open data portal. He now has a staff of about 15 dedicated to data and analytics, working on database management, open data, business intelligence and analytics.

What does your position entail?

We use data to improve the quality of life for Chicago’s residents and visitors and to also improve efficiency of city operations. We make data publicly available. For instance, you can download every single crime that’s happened in the city of Chicago, you can download the temperature of Chicago’s beaches, every business license that’s ever been issued. Plus 600 other things that you can download.

We also use data for predictive analytics; we predict where rats are going to be in the city, which restaurant will fail food inspection, and we actually shift our workers around to go to those places where we think are the most important. We can predict the E. coli levels at Chicago’s beaches using statistics.

Describe the career path that brought you to Chicago.

The point of economics is data and analytics and theory and policy, and trying to bring those things together. Right when I was leaving Iowa State this was becoming an area of focus, and now there's a person who’s hired and responsible for this within Chicago.

Immediately following Iowa State, I headed education policy for the State of Iowa (Institutional Research & Accountability, Department of Education); I did cancer research at Northwestern University, and now I do this. In between I’ve written articles and a book.

What’s the best part of your job?

Working with every single topic. I have conversations about food bacteria, about automated vehicles, and what we’re going to do, about sensors we can hang around the city. We just had a conversation with NASA about how we can use some of their satellite images to improve city services. So, in the course of a single day, I have conversations on three dozen different, distinct topics.

How did you choose to come to Iowa State?

I’m from Iowa, went to Drake University as an undergrad. There I started working with Professor Tesfatsion because she was doing computational modeling and I’ve always liked computers and analytics. I liked to program and to work with it, so it seemed very natural. I was curious about the computational economics work that she was doing, and I did a little bit of work with her. So I wanted to come here and further play that out. I ended up not specializing, but I learned what I needed to learn from that and studied under Professor Orazem for my thesis.

How does your economics study help you in your position today?

The people who do best in positions like mine can understand analytics and data, and how it can apply to the real world. Economics is the best discipline to prepare you for that.

What were your interests in school?

My undergrad was a quadruple major in econ, math, philosophy, and political science. So I’m interested in all those topics. I used to read philosophy in grad school, and Professor Orazem would give me crap, “Don’t you have enough work?”

I liked a lot of topics, I liked inquiry into a lot of things, or I’d get bored by just one thing. Economics fit that because it’s on a lot of different topics. The master’s in economics was just what I needed. It was highly quantitative and that’s what I needed. And about the right depth. If it was a Ph.D., it probably would have been too deep, sort of on one thing and one particular topic, so it was about the right depth.

What advice would you give to students looking to get into the same field?

Be broadly educated. Be very good with the quant side, but have a broad education and familiarity with a diversity of topics. These will be absolutely required in the future.