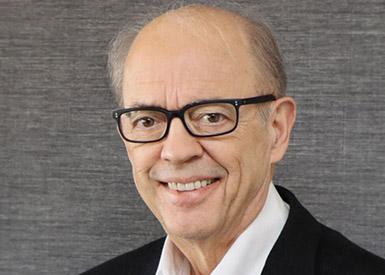 Two weeks before starting school at Iowa State, Steven Zumbach got to meet the iconic Dr. Neil Harl. Harl sat him down and asked what he wanted to do with his life. Zumbach answered, telling him about ideas to expand the family farm operations, or maybe become secretary of agriculture, or maybe be the governor of Iowa or maybe run a large company. And after telling him those major aspirations, Harl simply replied: “Steven, you’re not thinking big enough.”

Harl told him to study economics and accounting, get his CPA, go to law school, get a doctorate in economics. He told Zumbach, “There’s only one person that’s done it. I’ve done it, and you could be No. 2.”

He was student body president during the Vietnam War and witnessed a generation wanting to solve problems. He was also previously a national officer for Future Farmers of America. His assignment was to be a featured speaker at FFA state conventions. He was at Ohio State University the week that the Kent State massacre occurred. After the convention in Columbus, Ohio, he traveled to Kent State and talked with students.

“That helped me understand there are consequences for insightful words and other important political issues,” Zumbach said. “We need to determine how to discuss these issues, not as Republicans or Democrats, but in a way to solve problems.”

With widespread unrest, students across the country demanded to be included in oversight at public institutions. When a Board of Regents seat opened in March 1973, Gov. Robert Ray – who had met Zumbach through FFA – appointed Zumbach as the first regent in Iowa’s history who was a student. He served until 1977.

The list of bullet points for community service on Steve Zumbach’s resume outnumber the list of professional accolades he’s received – and that’s saying something, considering he’s won more than 20 major legal industry awards since 1977. That’s the year he joined the Belin McCormick Law Firm, where he worked until retiring at the end of December. In his more than four decades with the firm, he specialized in mergers and acquisitions, taxation, nonprofits, trusts and estates, in particular focused on family businesses.

“Steve’s impact on our firm really cannot be overstated,” said Kelsey Knowles, an attorney with Belin McCormick. “Steve has been an incredible mentor to so many of us, teaching us how to really get to know our clients so we can add value to the work they do and support them in times of need. Steve always strives to do more than simply answer a legal question – he has shrewd business judgment and a good heart, both of which are valued by clients and community leaders. … We will miss Steve around the office, but he has certainly earned his retirement.”

Zumbach believes that although Belin McCormick is not the biggest law firm in Des Moines, he and others worked to build a firm full of people who would do whatever it takes to solve problems for clients.

He played a sizable role in forming several Greater Des Moines organizations that are prominent today, like the Greater Des Moines Partnership. He’s made significant contributions to Iowa State University, his alma mater, and served on every capital campaign since 1977 including being the honorary chair for the current campaign with a goal of raising $1.5 billion.

Those values learned at Iowa State have held true through his career and have prompted him to give back as an alumnus.

“I felt a responsibility for helping Iowa State grow through private sector fundraising,” Zumbach said. “That university defined me and gave me a chance to think about my life, my world in a different way. … Politically my family was very conservative. But as a result of a good education, I began to think about problems and political issues in government in a different way. ... I believe that people should be rewarded for their hard work and based on what they do and produce. … Our market economy works, but it’s not perfect and there needs to be adjustments made. And that was indelibly printed on my mind and I understood it by the time I graduated. So when the free market doesn’t work, that’s where government plays a role. Free markets won’t produce infrastructure, roads and bridges. They won’t produce schools or educate the masses. And some people face hardships in life. So how do you take care of those people?”

“Steve has created an extraordinary legacy at Iowa State University, beginning when he was an undergraduate student serving as student body president and then as a member of the Iowa Board of Regents,” Iowa State President Wendy Wintersteen said. “Now he, along with his wife, Kathy, are two of Iowa State University’s most dedicated supporters and distinguished volunteer leaders. Steve has served on nearly every Iowa State presidential search committee since 1986, including my own in 2017, and every capital fundraising campaign for the past four decades. ... Steve is a wonderful champion of Iowa State, helping advance our university in numerous ways that are true to our land-grant ideals of putting science, technology, innovation and human creativity to work.”