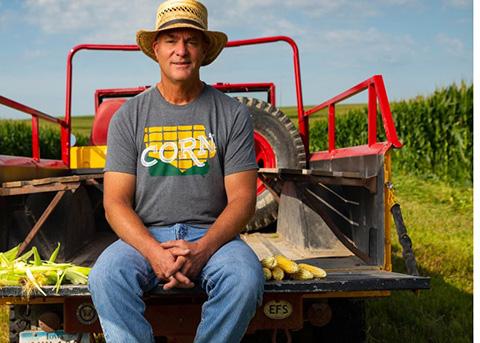 The best advice Mark Mueller ever received about farming was from his father.

“Don’t do it”, he advised him, “there’s no money there.” What his father didn’t know was that Mark wasn’t in it for the money, he was in it for the family. It was 1995 and he was ready for some change. He’d spent his time away from the farm working in the seed business, first in production, then research and finally sales for several years around the Des Moines area. Now he was ready to get back to the family farm near Waverly, Iowa and it just so happened that around this same time, Mark’s father was ready to “retire.” We’ll get to the air quotes later.

The farm Mark was preparing to take over had been in his family since his great grandfather arrived in Iowa from Germany in the 1890s. Now, as a fourth-generation farmer, Mark felt the call to prove himself as a steward of the land. As a young man, he had watched in admiration as both his father and grandfather put their blood, sweat, and tears into this ground, and now it was becoming his responsibility. There are a lot of feelings that come with taking such a big step, but one emotion outweighed the others, and that was a deep sense of pride. Just knowing that he was now being trusted with such an important piece of his family’s story meant more to him than he could describe.

25 years later, Mark and his wife, Jeri, share the same home his own grandparents built years ago. He’s still waking up every day to farm that very same ground his great grandfather first settled on over 100 years ago, though it’s grown a bit since then. It’s not lost on him that family-owned operations outside of agriculture are few and far between these days, so he’s especially proud to be a member of that exclusive club that allowed him to pick up where his father left off. He feels fortunate to carry on his family’s legacy on his farm in Northeast Iowa where he’s grown corn and soybeans for the last quarter century. Every day, he and his 88-year-old farmhand, an experienced man, who Mark also happens to call his father, make sure the farm is running as smoothly as possible, no matter what else may be happening in the world.

Mark is grateful for the opportunities farming has given him, including being able to look right up the road from his home and see the land his great grandfather first claimed as his own those many years ago. He’s humbled when he sees the ground that will soon be filled with green, towering stalks of corn and the soybeans he planted himself that will go on to become food for the cows at the local dairy down the road. He’s grateful to see the apple trees that remind him of one of his fondest memories on the farm, making homemade apple cider while surrounded by his daughters, wife, parents, and grandmother, and he’s grateful that in the career he chose, every day is casual Friday.

It’s true that a lot has changed over the 25 years that Mark has been farming, from the equipment to the techniques to who’s in charge, but one thing has remained constant the entire time. He’s in it for the family.