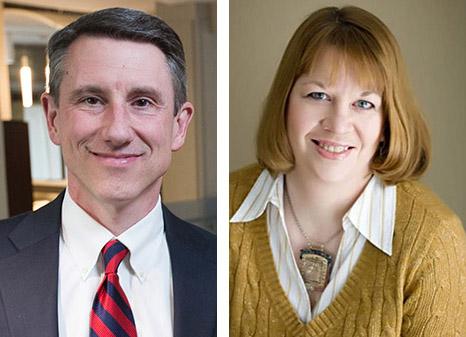 He is considered a pioneer of entrepreneurship at Iowa State. Over the past decade, he has successfully grown an innovative program that prepares the next generation of agricultural entrepreneurs.

“Kevin’s leadership in helping our students develop the much-needed skills, mindsets, and behaviors of entrepreneurs and change-makers has not gone unnoticed,” said Daniel J. Robison, holder of the endowed dean’s chair in the College of Agriculture and Life Sciences. “We appreciate his years of hard work and dedication to growing a more robust entrepreneurial ecosystem within the College of Agriculture and Life Sciences and across the entire Iowa State University campus.”

Kimle joined Iowa State’s faculty in 2009 to serve as director of the Agricultural Entrepreneurship Initiative (now called Start Something CALS). He has been helping entrepreneurial-minded students find success ever since through various innovative programs and courses offered.

“Students that have engaged in our courses and programs have been terrific,” Kimle said. “They work to develop their skills and mindset so they can make a significant impact in their careers and communities. They join the rich history of Iowa State University alumni who have made such significant contributions to technology, science, business and communities.”

One of those students was alumnus Clayton Mooney, founder of KinoSol and now CEO and co-founder of Nebullum, Inc. in Ames. Mooney was involved in the AgEI incubator program as a global resource systems student at Iowa State.

“Through the AgEI incubator program's support, I was able to co-found and build my first company, KinoSol. AgEI brought us our first customers, first partnerships, and new team members – absolutely instrumental to helping us launch,” Mooney said.

Current economics graduate student Joe Popp has also taken part in the incubator program. He appreciates the direction Kimle provides students when it comes to starting or growing a business.

“He’s really good at giving you his time,” Popp said. “If you just want to sit and bounce ideas off of him, he’s always willing to take time to do that.”

Kimle, who graduated from Iowa State in 1991 with a master’s degree in economics, brings to Iowa State a wealth of knowledge from his own experiences starting and running businesses. He and Dave Krog, assistant teaching professor in economics and Iowa State economics alumnus, started E-Markets in the mid-1990s. The internet-based electronic commerce system was known to be the first of its kind in the agriculture and food industry. Kimle later went on to start Decision Commodities, which provided risk management tools to grain producers.

“He’s really unique – he’s not a conformist, and he is always thinking of ways to do things differently,” said Krog, who has worked with Kimle in various roles and businesses since their E-Market days.

Over the years, Kimle has grown and maintained a large network of people he often connects students to who can provide guidance, serve as mentors or help as students get their businesses up and running.

“If you look at the students who have gone out and started businesses, they’re really impressive businesspeople,” Krog said. “It’s amazing to me how far they’ve gone in terms of knowing their business and market, and that all has to do with Kevin giving them the confidence to take that first step.”

Natalie Eick, 2020 agricultural business alumna and owner of Hightail Delivery of Plainfield, said if it were not for Kimle’s encouragement, she probably never would have started her ice cream business. She appreciated the opportunities to interact with fellow entrepreneurial-minded students to share ideas and advice, all under Kimle’s expert guidance.

“Kevin could be doing anything else in this life – he’s that smart and talented – but he chooses to pour himself into this program, his students and the university, and by doing so, he’s impacted so many people,” Eick said.

Kevin Kimle, teaching professor, and his wife, Patricia, have published a new novel, "The Only Free Road: An Underground Railroad Saga Unveiled."

High school sweethearts from Hastings, Nebraska, Kevin and Patti Kimle moved to Iowa State for grad school in 1990, he, to get his master’s degree in agricultural economics, she, a PhD in textiles and clothing.

Kevin currently serves as the Rastetter Chair of Agricultural, director of the Agricultural Entrepreneurship Initiative, and teaching professor in the Department of Economics.

Patti taught for a couple of years, then stayed home with the couple’s three children, working as an artist and designer in the craft industry, and writing several books on the subject. 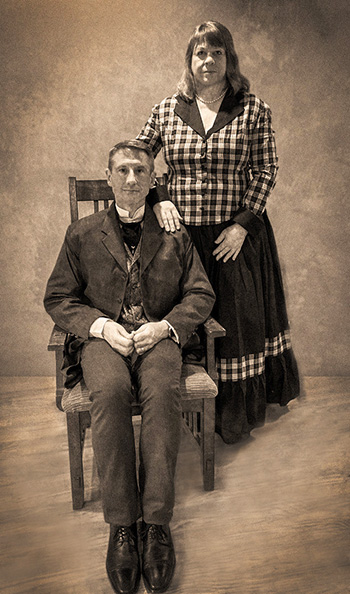 A shared love of history

Major figures of the era including abolitionists John Brown and Iowans J.B. Grinnell and James Jordan, were joined by countless others working together to prevent the territory of Kansas from becoming another slave state. Bravely, they defied the Fugitive Slave Act of 1850 by helping slaves escape to freedom in the north and Canada.

Afterwards, Kevin wrote the first 10 chapters of his first work of fiction--what would become “The Only Free Road.”

“J.P. Grinnell was a Congregational pastor, a lawyer and politician, he was straight as an arrow and breaking a federal law,” says Kevin. “I wanted to help people understand that it wasn’t easy for him--it was dangerous and controversial.”

The manuscript languished for several years.

When their youngest child started her senior year in high school, Patti picked up the story and revived the project.

“Historical fiction is my favorite. After I took over, I did all the research and the writing of the drafts, and had Kevin read each day’s sections after he got home from work. I worked on it two or three months at a time. All told, it took about a year-and-a-half to finish.”

The self-published book was ready to be uploaded to Amazon Books in February 2020, just as COVID-19 hit and put things on hold.

Fast forward to August 2021. The book is available for purchase online and the Kimles wanted to do more than the usual author's book readings to get the word out. So they presented the first performance of their two-person, one-act play, “Missives of the Civil War.” In it they read eight letters between several characters—some from the book—describing the events and hardships of life in Iowa during the time of the Civil War. Interest and audiences have been growing—in compliance with COVID protocols—in sponsored productions held at Actor’s Ames Community Theatre, Grinnell and other public libraries and historical societies.