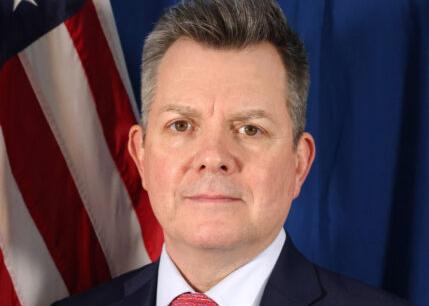 Bobby Richey, Minister Counselor for Agricultural Affairs at the U.S. Embassy in Beijing, assumed the role of Acting Deputy Chief of Mission on October 14, 2021. Prior to arriving in China, Bobby was the Acting Associate Administrator of the Foreign Agricultural Service (FAS), which he joined in 1986, at the U.S. Department of Agriculture in Washington, D.C. He was also the Director General of the FAS, with responsibility for managing its Foreign Service Corps of 130 officers, mentoring 30 Foreign Service trainees, and overseeing about 350 foreign nationals working in FAS’s 93 offices around the world.

Richey has served at the U.S. Mission to the European Union, and in the U.S. Embassies in Mexico City, Berlin and Bangkok. When he served as Counselor for Agricultural Affairs at the U.S. Embassy in Bangkok, he covered USDA’s interests not only in Thailand, but also Burma and Laos. Over his career, he has worked on a breadth of issues ranging from international food and health regulations to global food security.

He grew up on his family’s cotton farm near Lubbock, Texas, and earned a Bachelor of Science in agricultural economics from Texas Tech University in 1984. Richey earned a Master of Science in economics from Iowa State University in 1986 and currently has the rank of Career Minister in the Foreign Service of the United States. He is married to U.S. Army LtC. (ret.) Larry Allen.

How did you first get interested in the Foreign Ag Service?

My major professor, Dr. Gary Williams, encouraged me to apply to the Foreign Agricultural Service during spring 1986. He had worked at the Economic Research Service and knew FAS and the work the organization did both in Washington and overseas. The U.S. Government and USDA were working on the U.S./Canada Free Trade Agreement and the beginnings of the Uruguay Round negotiations and FAS was hiring agricultural economists with masters degrees. The farm economy was still depressed in 1986 and employment opportunities were challenging. I hadn’t thought about an international career at the time but thought the opportunity was an interesting one. I applied and was hired in September 1986. As a farm kid from west Texas, it has been an unimaginable journey and career.

What is the best part of your current job?

My favorite part of representing FAS and USDA overseas is direct engagement with U.S. farmers and ranchers, predominately through marketing efforts of USDA cooperator groups, such as the U.S. Soybean Export Council or U.S. Grains Council. The direct engagement with agricultural constituents keeps us plugged into evolving issues in trade and agriculture as well as help us know the farmers and ranchers that are crucial to food production across the United States.

What have been your favorite places to work?

While as a diplomat, my career is predominantly at U.S. embassies around the world. I also very much enjoy assignments at headquarters in Washington, D.C. Whether engaging in global commodity analysis with the USDA’s World Outlook Board every month in preparation for the World Agriculture Supply and Demand Estimate (WASDE) report or participating in the development of trade priorities in the Trade Policy Steering Committee with colleagues from the Office of the U.S. Trade Representative and other Cabinet Departments, I help shape the international market opportunities for U.S. farmers, ranchers and food manufacturers. When in Washington, one shapes policy; when overseas, one implements policy.

Do you have any advice for students who are interested in entering the Foreign Ag Service profession?

It’s a great profession and career choice with opportunities for both domestic and international careers. All of the job opportunities are listed through USA Jobs. Domestic opportunities are advertised all the time. To learn more about FAS its mission and accomplishments, visit the website https://www.fas.usda.gov.