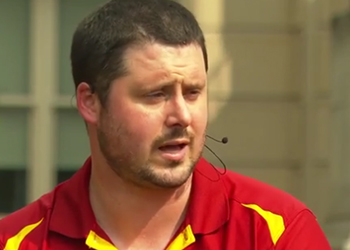 “They've admitted it's [ASF] an epidemic there,” said Lee Schulz, Iowa State University associate professor of economics. “We've seen exports really start to rally there both in what's been shipped there as well as what's on the books for the remainder of 2019. So, I think we're really starting to see the momentum in place for the pork market to react to the rather positive demand fundamentals out there.”

“For soybeans, it’s all about China,” Hart said. “But for corn [the market is] the rest of the world, and we’ve seen significant cuts in a lot of our smaller markets. That’s really troublesome as we’re looking over the next year.”

However, the meat and dairy industries are prominent in the Hawkeye state, and according to Iowa State University professor Lee Schulz, Agriculture and agriculture-related industries added $777 billion to the U.S. GDP in 2012, a 4.7% share.

Schulz points out that “U.S. farmers and ranchers make an important contribution to the U.S. economy by ensuring a safe and reliable food supply and supporting job growth and economic development.”