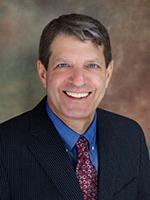 I assumed the position of Professor and Department Chair on August 1, 2015.  Prior to my appointment at Iowa State University I was a faculty member in the Department of Economics at the University of Kansas from 1988 until 2015.  In addition to my academic appointments,  I held the position of Associate Vice Chancellor for Research & Graduate Studies from 2006 through 2012, and was interim Dean of Graduate Studies from August 2011 through January 2012.  From August 2012 through August 2014 I served as program director for the National Science Foundation's Science of Science and Innovation Policy (SciSIP) Program.  I am also a Research Associate of the National Bureau of Economic Research, Cambridge, Massachusetts.

U.S. economic history, the economics of science, technology and innovation, and labor economics.

How did the Southern states treatment of blacks from 1866 to 1960’s affect the economics of the South?
Is the size of the American middle class shrinking?
The basics of Hamiltonian finance: “Hamilton: An American Musical”
END_OF_DOCUMENT_TOKEN_TO_BE_REPLACED