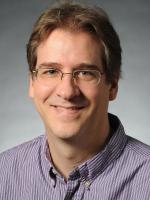 Brent Kreider is a Professor of Economics at Iowa State University with expertise in public economics, applied econometrics, health economics, and labor economics.  He is a frequent adviser to the Iowa Department of Revenue and U.S. Department of Agriculture, and he is a recipient of the College of Liberal Arts and Sciences Cassling Family Faculty Award for Outstanding Achievement in Teaching.

He has conducted numerous analyses of the causal impacts of public assistance programs and other interventions on the well-being of disadvantaged segments of the population, including people with disabilities and children living in poverty.  His recent methodological research focuses on developing statistical methods designed to credibly estimate causal “treatment effects” in the presence of inherently unknown counterfactual outcomes and imperfectly measured survey data.  As a unifying theme, this research intends to guide policymakers in a world in which the effects of policies are uncertain, in part because it is difficult to measure even the status quo.