Ludwig: ‘Loved every moment of it’ 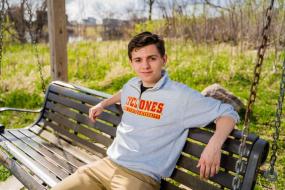 A black sheep in his own right, Jacob Ludwig, a senior double majoring in economics and political science, said his parents were surprised by his interest in politics.

Ludwig said his parents are excited that he found something he is passionate about, irrespective of their personal careers.

A hub for studious and hungry students alike, the Memorial Union serves as Ludwig’s “second home” on campus. Aside from frequenting the Memorial Union to socialize and get food, Ludwig often finds himself there until it closes, often busy with work related to Student Government.

“Sometimes I feel like I spend more time there than I do in my own apartment,” Ludwig said.