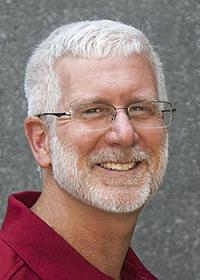 A new study by researchers at the Center for Agricultural and Rural Development (CARD) at Iowa State University reveals the impacts that current trade disruptions are having on Iowa’s economy.

The study examined different scenarios. Overall, the study shows losses to Iowa’s gross state product in the range of $1 billion to $2 billion. Iowa’s 2017 GSP was $190 billion. The U.S. Census Bureau estimates Iowa’s export value for 2017 at about $13.4 billion, or about seven percent of Iowa’s GSP.

John Crespi, interim director of CARD and professor of economics, said that the estimated loss of GSP will be difficult, though Iowa’s farmers have faced worse.

Crespi said the trade disruptions will be noticeable to Iowa consumers. “Iowans should see prices get lower on some items that once were exported — pork, for example,” he said. “But other prices will get higher. A tariff is a tax. One thing that economists always stress is that whenever you tax a good, only some of that tax will be borne by the person selling the good. American consumers are going to be paying some of that tax as well.”

Crespi said that while the effect the tariffs will have on farmers isn’t easy to predict, commodity prices will be the first place they see it.

“For farmers, the obvious question is where and how much of your product will you sell this year and next year, and for what price?” Crespi said. “But the harder question is what happens in two, three or 10 years if the trade wars continue? You could find that the U.S. loses so much market share that a decade from now, even if you get rid of the tariffs, the U.S. may be a smaller player.”

A major concern in the study is the possibility that Iowa or the United States could be looking at a long-term reduction in world market share for agricultural commodities. The researchers noted two examples — the Russian grain embargo in the 1980s and a 2009 dispute with China.

In the 1980s, the United States enacted a grain embargo against the former Soviet Union. U.S. farmers felt the sting of falling commodity prices and watched as European farmers gained much of the trade the American farmers lost. In 2009, a trade dispute with China resulted in the United States losing a significant portion of its China poultry trade to Brazil and the European Union.

Today, the researchers noted, soybean growers are already facing a similar situation. For decades, U.S. soybeans set the price to which soybeans grown in other countries were marked. Currently, U.S. soybeans are selling on the world market at a discount to Brazilian soybeans.

“History has shown that the world’s farmers don’t just sit back and wait for countries to settle their differences. They ring the doorbell and offer their products,” Crespi said. “The president of the Brazilian grain growers association recently met with Chinese traders and the Chinese embassy in Brazil said discussing a Brazil-China futures contract has merit.”

The CARD study estimated that labor income declines to the corn, soybean and hog industries may range from $245 million to $484 million, enough income to support from 9,300 to 12,300 jobs.

The total labor income and tax revenue losses in Iowa will depend on the available federal offsets and how they are applied. The researchers looked at two types of federal offsets: USDA direct payments to farmers and government spending of collected tariffs.

“The USDA payments are relatively easy to account for,” Crespi said. “The second is harder to see directly because it has to do with what will the federal government do with the tariffs they collect. They’re harder to measure because these are gains to the federal budget, so ultimately it’s up to Congress what happens to them.”

The study estimated Iowa tax revenue losses — personal income and sales taxes — may range from $111 million to $146 million. Federal offsets could reduce the tax losses to $75 million to $110 million.

“Could the rest of the economy grow substantially and offset these losses? It’s possible,” Crespi said. “But don’t forget recessions will happen again. One hundred million dollars might seem affordable when times are good, but when times are bad, that’s when the tough decisions have to be made.”

See the media coverage of this study: