Industrial cities need to look forward, not back: Swenson 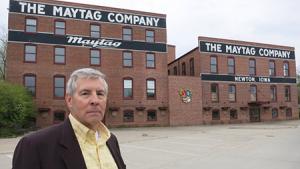 David Swenson, associate scientist, and Liesl Eathington, assistant scientist, were interviewed by Jason Margolis for a story on Public Radio International about the plight of Midwestern towns like Newton, Iowa, who try to rebuild their economies after losing manufacturing jobs.

Economist Dave Swenson says more education and learning new trades are good things, but, “Thinking you can just come on in and then say, ‘OK, we’re going to train you to be this as opposed to that,’ there are so many failures. And by the time somebody does get trained in something, oftentimes, it’s already too late, that sector isn’t hiring anymore. We’re really, really bad at figuring out what the next thing is.”

“No, and I think about the years that we’ve seen individual communities trying to do it. We’ve seen states trying to do it, so it’s not like nobody has thought of it before,” said Liesl Eathington, an economist also at Iowa State University. “When you think about 20, 30, 40 years of economic development strategies, it’s the same thing — it’s just got new words attached to it.”