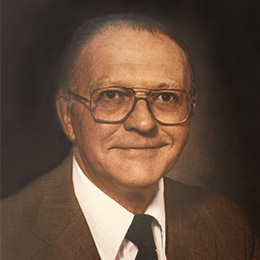 He taught economics at Iowa State from 1955 to 1992, when he retired as Charles F. Curtiss Distinguished Professor in Agriculture. During these years he carefully mentored over 60 graduate students and compiled a substantial and innovative record of scholarly publication.

Ladd was regarded as one of the premier agricultural marketing economists of his generation. Much of his research involved the quantitative estimation of economic relationships, and he was often at the cutting edge of econometric techniques. He worked on problems of great practical importance, such as identifying and quantifying product characteristics, measuring supply response, identifying market structure, analyzing bargaining power, and determining optimum plant locations. He also served as major professor for a number of graduate students who became leading economists in their own right.

The American Agricultural Economics Association described him as “an unusually imaginative and original research worker,” awarding him for his survey of the literature on scientific creativity and productivity. In 1979 he received an award from the AAEA for an outstanding journal published in the American Journal of Agricultural Economics. In 1987 he was named a Fellow of that association.

He was a member of Collegiate United Methodist Church for many years. A memorial service was held there at 11 a.m. on Friday, May 27.