After 44 years in the classroom, Deiter looks ahead 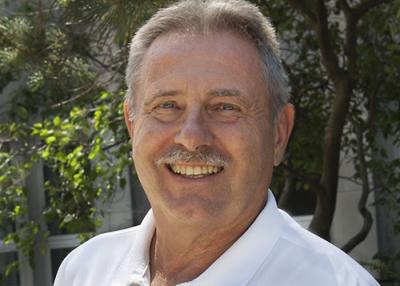 Ron Deiter’s work ethic and eventual career got their start on his family’s Wisconsin dairy farm.

“I was good in math in high school and heavily involved in FFA,” says Deiter. “When I was an undergrad at Wisconsin State, I milked cows every morning and after classes every night. I tell people being a dairy farmer is a lot like being in jail, except in jail you don’t have to milk cows.”

He loved his college principles of microeconomics class and his instructors. This inspired him to pursue a career teaching at the college level. He went on to earn his master’s at University of Wisconsin Madison and later his PhD from the University of Illinois.

While finishing his dissertation, Deiter met Ray Beneke, who was then Iowa State's economics department chair, and after an interview in Ames, accepted a position in 1977 as instructor, mainly teaching and advising undergrad students. Deiter advanced in rank over the next 44 years to professor before retiring June 30, 2021.

Deiter admits he wasn’t excited about leaving Iowa State. He’d been on phased retirement for a couple of years and the lighter pace was comfortable.

“I was a little scared and apprehensive about retirement, but I think it’s about time. We’ve got eight grandkids in the area and they’re growing up fast so now’s the time to get out of the office and spend time with them,” he says. He and his wife, Lynn, also plan to travel and play some golf.

Deiter looks at the many highlights of his career with fondness—the overriding ones are working with colleagues, students and members of the Agricultural Business Club.

“I got a lot of emails and phone calls asking about how we’re using the Graduating Senior class and how we set it up, because it was for outcomes assessment. As a result of that class, (the econ department) was recognized as one of the leaders in outcomes assessment on campus.”

The Agricultural Selling class, which helps prepare students for entry-level career positions in the ag industry, has been one of the department’s most popular in terms of number of students, and Economics of Sports regularly attracts many other majors from around campus.

Deiter included class material on sports wagering after it was legalized in Iowa in 2019. ISU Athletics Director Jamie Pollard said what his son had learned in the class made watching the Kentucky Derby much more interesting that year.

Three endowments will resonate long after Deiter leaves campus: his position as the Ron & Lynn Deiter Endowed ($1.5 million) Chair for Sustaining Excellence in Ag Business; The Ron and Lynn Deiter Scholarship, which he and his wife started in his brother Mark’s name; and the Agricultural Business Club.

He’s extremely proud of the club, for which he’s been co-advisor for much of his tenure.

“When I started advising the club it was smaller and more of a social organization," he says. "Over the years it has grown in membership as well as professionalism. We’ve had a track record second to none in winning national awards—28 in the last 20 years. I think we’ve put Iowa State on the map as having the best ag business program and club in the nation.”

“Dr. Deiter’s lasting legacy is the impact he’s had on the ag business industry," says Amy Brandau, club co-advisor. "He has emphasized networking and used it to create connections between companies, employers, alumni and students.”

As a result of those connections, the Ag Business Club is now endowed by a $100,000 contribution from Farm Credit Services of America, whose partnership has grown and developed through the years.

But arguably, Deiter’s biggest impact during his years in the department has been on his students. His operating philosophy was to never give up on anyone and to give students as many chances as they needed. The "King of Quotes" stressed the importance of having a positive attitude by using quotations, sports metaphors and his wit.

His article, “The Use of Humor as a Teaching Tool in the College Classroom,” won the Outstanding Article of the Year Award from the Journal of the National Association of Colleges and Teachers in Agriculture.

Colleague Ebby Luvaga says, “He is one of very few professors that I’ve met who truly cares about teaching and working with undergraduate students. He’s had an impact on many students who have written back to tell him that they will always be big supporters of the ISU Ag Business Club and program because of the positive impact he had on their lives.”

Deiter will be teaching the Economics of Sports class in the fall as an emeritus professor. But aside from that, he’ll turn his attention to other important matters: grandkids, travel and golf—but not necessarily in that order.